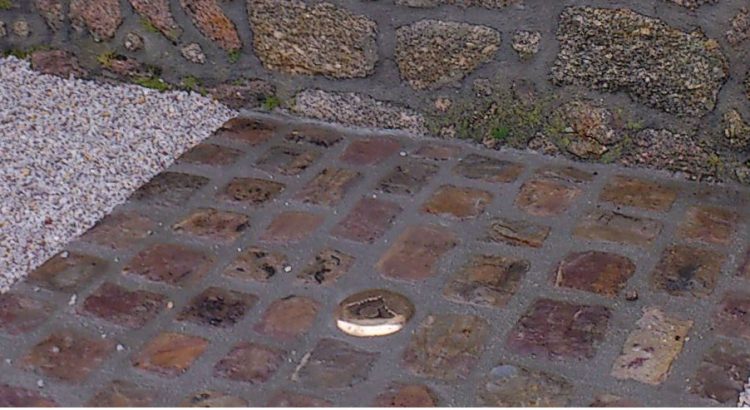 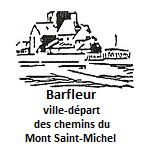 On april 23th 2016 has officially been opened the new departure point of the Way of St James to Santiago de Compostella via the Mont St Michel. A bronze medaillon has been sealed on a paved cobblestone surface at the Square Guillaume Le Conquérant (William the Conqueror).

A stamp has been created as well, in order to testify in their Credencial (pilgrim’s passport) the departure of pelgrims from «Barfleur, official departure point of the Way of St James to Santiago de Compostella».

This stamp can be obtained in the tourist center (Office de tourisme) just beside the Medaillon.

We have been supported in this project by the association «Les Chemins de Saint Michel».